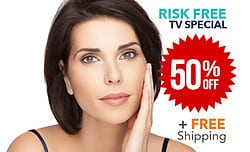 [yasr_overall_rating] Plexaderm is advertised as an anti-wrinkle cream. The advertisers would lead you to believe that this is a miracle cream that fills and evens out wrinkles and other fine lines. Crows feet, smile lines and other “unsightly” wrinkles can cause great duress in a world where beauty is front and center. So, when products come on the market, especially those with great advertisements, men and women flock to them hoping that they have found the one product that might truly turn back the hands of time. Plexaderm is not that product.

The reviews are in, and like how many feel about their wrinkles on their face, it doesn’t look good. Many reviews have the same complaints; the product works great, for all of five minutes. The longest time that seems to be recorded of Plexaderm working is a little over an hour. Some reviewers also broke out in rashes and had minor swelling on the areas that Plexaderm was used.

Plexaderm’s ingredients consist of: Water (Aqua), Sodium Silicate, Magnesium Aluminum Silicate, Cellulose Gum, Acetyl Hexapeptide-8, Yellow 5 (CI 19140), Red 40 (CI 16035), Phenoxyethanol and Ethylhexylglycerin. If you are anything like me some of these are words that every day people have never heard of people. After doing some research I discover that Magnesium Aluminum Silicate is a refined form of clay that is used as a thickener in many beauty products. Phenoxyethanol is a type of ether and Ethylhexylglycerin is a preservative and a skin conditioning agent. Finally, is Acetyl Hexapeptide-8, this is an anti-wrinkle agent. All of these ingredients are pretty typical in beauty products.

After careful review of the Plexaderm website, it does clearly state that Plexaderm is not permanent and can be applied as often as you would like daily. The website does promise that the effects will last hours, however, according to reviewers that is not how long Plexaderm is lasting. One reviewer states that if you want to use the cream on your smile lines than you can not smile after it has been applied because the tightening agent will loosen and go back to normal.

Another big consumer complaint about Plexaderm is the grainy feeling after it has been applied. Many are comparing it to rubbing sand on your face. Besides the grainy feeling, stiff/powdery residue was also an issue with many consumers. The instructions also say that no makeup should be used over the product after it has been applied. If any makeup is used it should be oil free. Many women found that after applying oil free makeup that the areas that contained Plexaderm ended up with an even stiffer feeling. Most women agree that having a product that does not allow you to wear makeup with it seems pointless since most women do wear makeup on a daily basis. This was a major turn off for most women who feel the need to wear makeup, especially since the Plexaderm products seem to leave a white residue on the skin. 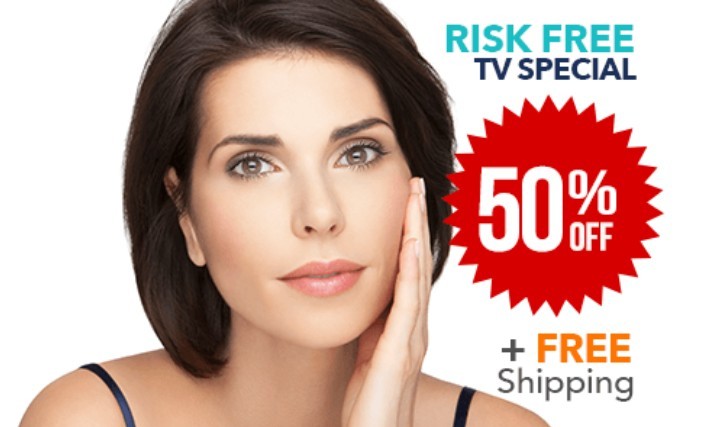 “The product won't come out of the bottle. How do I return this?”

Another Plexaderm product that promises to reduce wrinkles is the Plexaderm Hyaluronic Moisturizer. This is a moisturizer that can be used at night or during the day, even wearing it under your makeup. Hyaluronic acid is something your body naturally produces and is typically found in your skin. Essentially it is what helps hold moisture in your skin, so you don’t get that dried out flaky skin.

The last big seller for Plexaderm is their Night Time Collagen Peptide Serum. This is serum gives a similar promise that was seen with the other Plexaderm products. It says it will reduce fine lines and wrinkles. It supports the collagen in your face and helps to keep your face moisturized. The serum also helps promote firmer, fuller looking skin and gives the appearance of smoother skin. Although the Plexaderm website states that “Plexaderm has been used by thousands of people without any significant side effects”, many consumers have experienced drier skin, flaking, and redness/swelling on the areas where the serum and other Plexaderm products have been applied. Yet no where on their website is this mentioned as a possibility.

As with the other products, many of the complaints are about not seeing a difference after using the serum for a month or longer. Many consumers still have an issue with the way the serum feels on your face, often being described as a greasy feeling. There has been some suggestion of using all of the products together, but since they all promise the same thing that would seem to be redundant. The only benefit I could see from using all the products on a daily basis would be the possibility of smoother skin, but the build up of products could clog pores and create acne issues. 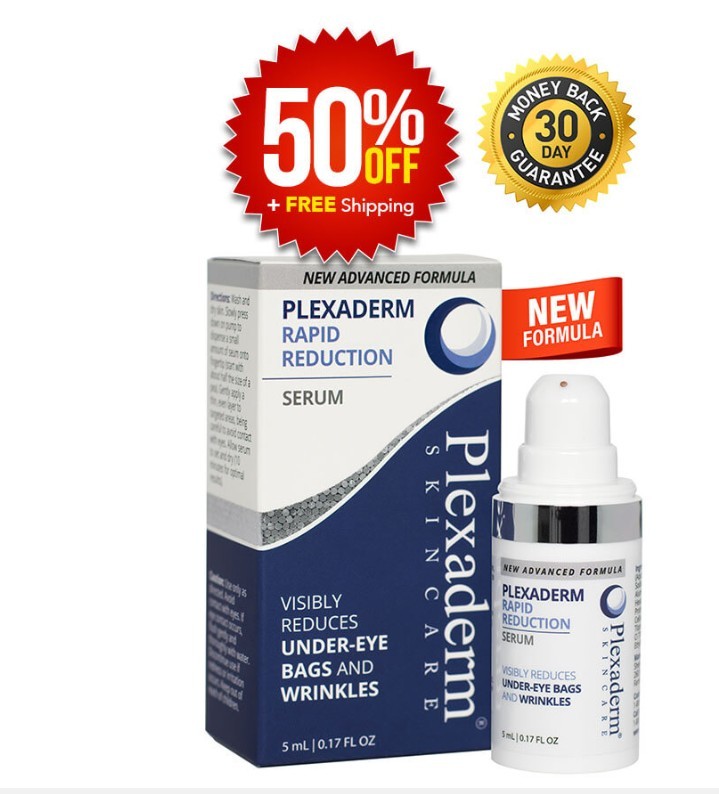 Here are some of the overall reviews of all three products:

“No better than much less expensive under eye bag reducer.” December 29, 2018, Verified Purchase

“Did not really help at all for me. I found the Garnier brand actually worked much better. Neither are permanent naturally.”

” WORTHLESS” May 8, 2018, “I should’ve read these reviews first. My complaints are exactly the same as everyone else’s. On the infomercial they said you could use moisturizer afterward, but you can’t. I would have done just as well if I bought some Elmer’s Glue and applied it to my skin. And it would have been a lot cheaper. I should’ve known it was too good to be true.”

“very disappointed. was very drying, my eyes burned and actually looked worse after use. I returned it.”

1.0 out of 5 stars “without good results, disappointing considering it was expensive” July 24, 2018, Verified Purchase

“Bought this product and tried it, without good results, disappointing considering it was expensive. And the product will not come out of the tube after the first use. I used it one time and now I have a $65 tube of product I cannot get out of the tube. Poor design for the applicator and the product does not perform as advertised. DO NOT BUY THIS. Save your money.”

Another product/opportunity that I don't recommend is the Somaderm HGH Gel Human Growth Hormone and/or KetoGen4 both by New U Life aka NewULife. 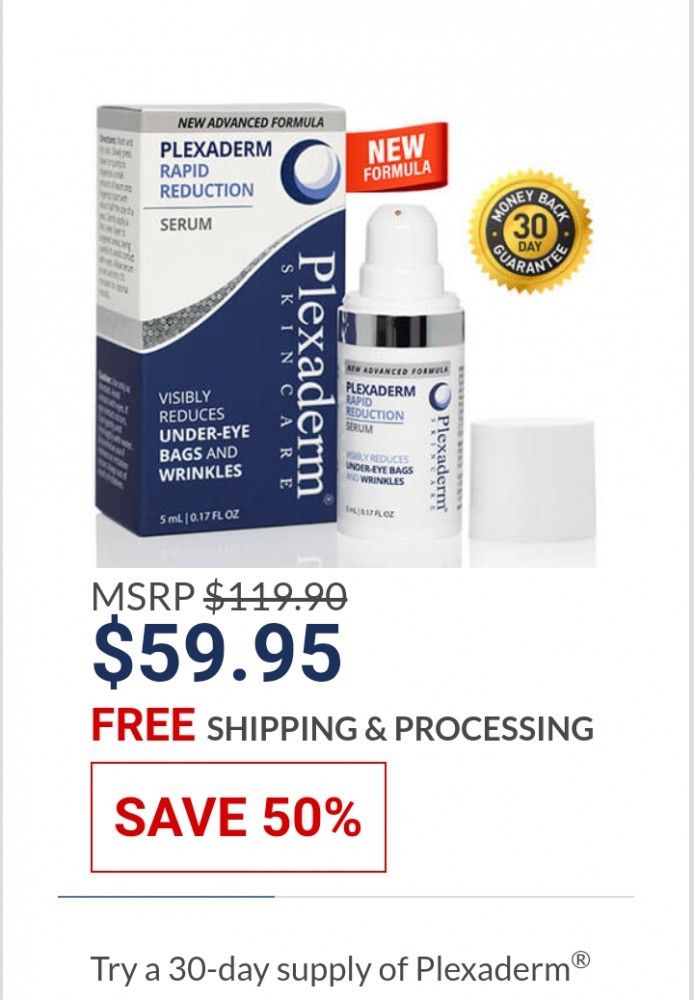 Which leads us into customer service. There have been many complaints about not being able to contact Plexaderm customer support to either trouble shoot the container issues or to find out how to send the product back for a refund. Many people are just chalking it up to wasted money that they will not be able to get back. Not having a company with good customer service and support can be very frustrating, especially when products are expensive and not working properly. This alone would make consumers not want to invest their time and money into these beauty products.

Overall, beauty products are an individual choice, not everyone will benefit from the products and not everyone has the same skin type which can be troublesome and lead to frustration. However, when the majority of consumers are having the same complaints, whether it is because of the product itself of because a consumer is unable to even retrieve the product from the applicator because of malfunctions then there are some serious issues within the product that need to be addressed by the company. But how can that be done when you can not contact customer support to even make a complaint?

The Plexaderm website states under the clinical survey tab that after reviewing 43 men and women who tried the Plexaderm products there was a 100% satisfaction rating in every area including, fewer wrinkles, lightening of dark under eye circles and smoother skin. Also, all 43 men and women said that this product met or exceeded their expectations. It does not mention though whether the consumers put the products on themselves or if Plexaderm staff had applied the products. It also does not state how long the product had lasted on these individuals or if they consumers felt like the products were less effective after they had started speaking or smiling within a few minutes after the Plexaderm products were applied. The clinical survey also only included those that had tried the Rapid Reduction Serum. Which, shockingly, was the Plexaderm product with the most concerning reviews about effectiveness, allergic reactions and not being able to even use the product because of faulty applicators.

My suggestion is to not waste your money on a product that the company itself is seemingly ignoring their consumers and their concerns. As one review stated, you can get a similar or even better result with products that cost a considerable amount less than the Plexaderm products. The old saying is “you get what you pay for.” So, when consumers are spending large amounts of money on miracle creams then they are expecting those miracles that have been widely and publicly promised. There are much less expensive options to helping hydrate your skin and even skin tone. With there being so many different skin types it can be hard for the everyday person to figure out which products on the market will work the best for them without creating added problems or without wasting a great deal of money on products that typically use the same ingredients.

In all honesty there are no miracle cures for sagging skin or under eye baggage unless you are willing to spend large amounts of money on plastic surgery. The best option when it comes to any skin care concerns is to see a reputable dermatologist in your area who can take a look at your individual skin type and suggest the best treatments. There may not be a quick fix but there could be a longer lasting option. Quick fixes are just that, they are not made to last, and anything that seems too good to be true probably is. Although there have been many good reviews for Plexaderm the majority of reviews point towards serious pitfalls of these products and the lack of communication from the Plexaderm company. Save your money and see a professional.

89 thoughts on “What is Plexaderm, an unbiased review”