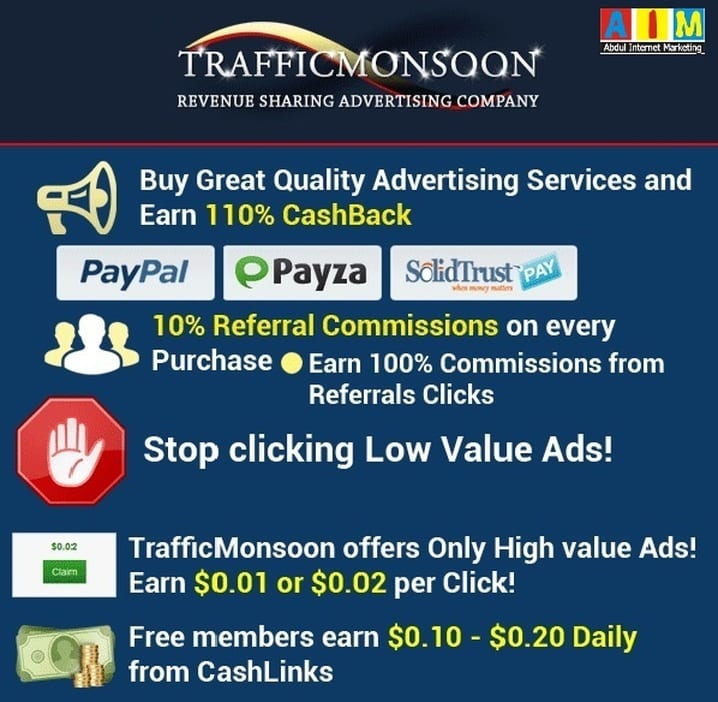 Did you get caught up in the revenue sharing company Traffic monsoon like many of my Friends did?

I'm definitely not claiming to be a genius but Traffic Monsoon by Charles Scoville is one of those companies that I signed up for and immediately it didn't feel right. I didn't even promote it and filed it under the sites that I would not waste my energy on and I am so glad that I did. Many of my Friends weren't quite so fortunate and even though their account said that they were making money they still to this day have never been paid. 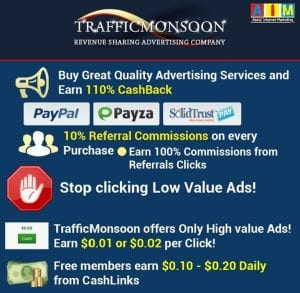 If You or I even try to go to

we will be met with the Traffic Monsoon Receivership

The United States District Court for the District of Utah originally scheduled a hearing on the SEC’s Motion for a Preliminary Injunction for September 23, 2016. New counsel for Mr. Scoville recently entered an appearance in this case, and the hearing has now been continued by the Court until November 1, 2016 at 10:00 am.

The Receiver is continuing her investigation. She intends to file an Initial Status Report with the Court shortly. When it is filed, she will post it on this website.

This website will be the main method of communicating with customers and the public. We strongly encourage interested persons to check the website frequently as it will be updated as new information is obtained. You may also contact the Receiver using the contact information listed below. Please note, at this time the preferred method of contacting the Receiver is via e-mail.
Traffic Monsoon Receivership

In re: Traffic Monsoon, LLC, a Utah Limited Liability Company, and Charles David Scoville, an individual

On July 26, 2016, the Securities and Exchange Commission filed a Complaint in the United States District Court for the District of Utah against Traffic Monsoon, LLC, a Utah limited liability company, and Charles David Scoville.

Peggy Hunt of Dorsey & Whitney LLP has been appointed the Receiver in this matter.

As Receiver and pursuant to the Court’s Orders, Ms. Hunt has taken control of the assets of Traffic Monsoon and Mr. Scoville and is in the process of gathering information.

If you have information that you believe would be helpful in the Receiver’s investigation, please email Ms. Hunt at trafficmonsoon.receiver.inquiries@dorsey.com.

At this stage in the process, the Receiver has only limited information.

As such, she encourages interested and affected parties to utilize this website or call the hotline at

toll-free in North America 888-522-8926 or outside of North America +1-503-520-4483 with inquiries.
In the coming weeks, parties in interest, including those who purchased ad plans, can expect to receive a letter from Ms. Hunt with additional information.

Thank you for your patience.

The below video is Charles Scoville from Dubai where He supposedly went to open a new bank account to better serve the membership at Traffic Monsoon trying to explain why Paypal dropped Traffic Monsoon and is holding the 62 Million dollars $62,000,000 so he can't pay anyone but anyone can still invest more money thru Paypal …. Sure!

I share the above so that any and all Friends who would like to contact the receivership can and i sincerely hope that a resolution is met and that everyone is reimbursed somehow for the millions that were wrongfully kept.

Traffic Monsoon brought in over 618 Million dollars $618,000,000 via adpacks and the traffic that the investors of adpacks were supposed to receive and the actual traffic received was only 10% and new investments are the only way that older investors will get paid. The only revenue available to be shared would via revenue sharing would come from new ad pack purchases.

When Paypal unfroze Charles Scoville's account He started to withdraw the max of $100,000 per day, I wonder how many Friends who invested actually received the cash that Scoville was withdrawing daily!

Bangladesh, Venezuela and Morocco are the most popular investors at Traffic Monsoon and they are among the world's poorest countries.

Anyone who has updates and/or new information that contradicts the above please comment below and I would love to look into the facts.

For an online opportunity that is completely legitimate and is my #1 Recommendation for Friends & Family that aren't afraid of working and don't expect to get rich quick view my Review and sign up for Free!

Were you or someone that you know scammed by Charles Scoville with Traffic Monsoon? https://t.co/ubbRxeEf8w

53 thoughts on “What is Traffic Monsoon? A scam by Charles Scoville!”