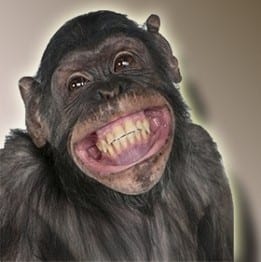 Don't be a monkey!

Just because something has been done the same way for a long time doesn't mean that it's the best way to do something. We have the ability to learn and grow and for that reason we must always keep an open mind to what the future brings. Don't be so set on going the way of the status quo or the norm as if we have blinders on.
It is much better for us to access the situation then in a rational manner start at the most basic level and go from there to decide what course of action to take.  We can question the norm without causing chaos!

We humans are as easily conditioned as the monkeys in the story below!

Even though “The Experiment” was performed with monkeys it's very easy for us to relate to the monkeys in our everyday lives.

Think about your job and I am willing to bet that there are at least a few things that you can point out that are done a specific way and there is no good reason for it other than that's the way it has always been done.

Even in our Family life and with recreational activities, sporting events, concerts, Holidays, parties and many more occasions we sometimes do things a certain way without questioning the possibility of there being a better way.

Many times it takes an outsider speaking with someone with an open mind to help us realize that we may in fact be doing something for no other reason than “That's the way we have always done it” and that is why I always try to do my best to not disregard the opinion of someone who is new at something.

Does that mean that I'll always do it the way that the new person says that they think it should be done? Of course not and for the most part I will have a good explanation as to why that way is not the best way. Sometimes there is the ability to meet somewhere in the middle and have things go better. More often than not the way that the one's who have been around longer and have more experience is the best way.

Think before you Follow! https://t.co/DQOJeihiR0 Don't be a Monkey!